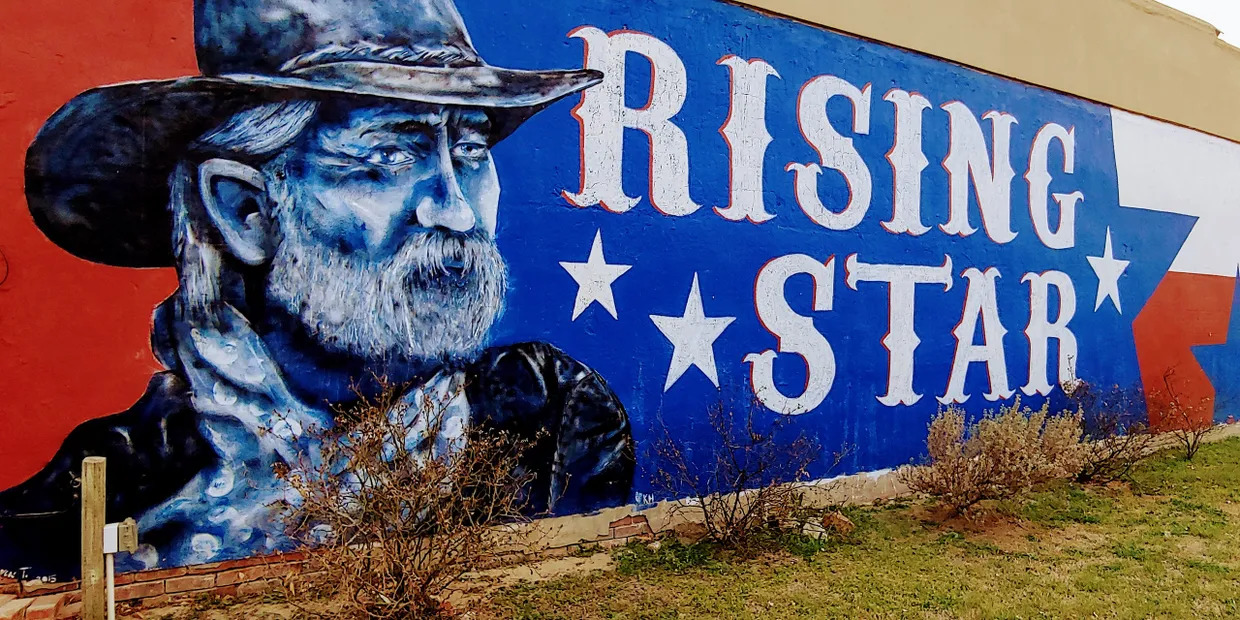 ​To encourage unity, and support while enhancing the development growth our community and businesses

The Chamber is committed to representing and protecting the interest of its members and community as a whole. Businesses that participate in our Chamber promote each other and work together striving to make our community a better place to live and grow our dreams. Let’s move forward by creating a neighborhood of businesses, groups, & individuals that actively participate in the Chamber of Commerce to prosper and thrive for years to come.

The History Of Rising Star

History of Rising Star according to the Texas State Historical Society:​​

Rising Star, at the intersection of U.S. Highway 183 and State Highway 36, fifty-six miles southeast of Abilene in southwestern Eastland County, had its beginnings in 1876 when six families moved west from Gregg County and settled on the site. When the post office opened in 1878 with Hendrick H. Osburn as postmaster, the settlement was called Copperas Creek. In 1879 Tom Anderson bought a tract of land from one of the original settlers, and in 1880, after the old post office had been closed, he opened a post office and general store in his home.

D. D. McConnell of Eastland suggested a new name for the town when he said that the area must be a “rising star country” because it produced crops when other areas were barren. In 1889 Rising Star had five businesses and three doctors and by 1904 had added a bank, a hotel, a school, five churches, two newspapers, and dry goods and drug stores.

The economy of the area was based on agriculture, primarily the cultivation of corn, cotton, oats, and fruit. The town’s prospects were enhanced in 1911 when the Missouri, Kansas and Texas Railroad built through from Cross Plains to De Leon. The town’s first newspaper was the Rising Star Record, later renamed the Rising Star News and still later the Rising Star X-Ray.

The Rising Star Signal was another early newspaper. Although the first oil found in Eastland County was discovered near Rising Star in 1909, it was not until 1920, close to the end of the Eastland County boom, that a major strike attracted attention to Rising Star. In an attempt to prevent the town from becoming a tent and shanty town, officials issued strict building regulations, but speculators and oilfield workers circumvented them by hastily building a town five miles to the west.

In just over a year that town was gone and the boom finished. By the 1960s some oil was still being produced near Rising Star, and pecans and peanuts had replaced cotton as the main crops. The 1980 census found 1,204 people living in Rising Star. The town was incorporated and had a bank, a post office, and twenty-seven businesses. In 1990 the population was 859. The population was 835 in 2000.